Thank you for your patience while we retrieve your images.

Modified 28-Jul-13
Created 28-Jul-13
119 photos
During my project at The Open, played at nearby Muirfield, I stayed about four miles away in a lovely home in the village of Aberlady. During the morning and evening hours, I took quite a few shots around Aberlady and the nearby towns of Gullane and North Berwick.
One of the most amazing evenings of my stay was when my hosts took me on a walk in the woods near their home. Those woods turned out to be the grounds of Gosford Estate with its lake, boathouse, mausoleum, curling house and phenomenal manor home.

I was not expecting to round a bend in the woods and step onto the lawn of such a stately and massive manor home. It was a storybook moment that I tried to repeat for my wife a few days later when she arrived from London. I hope to return and take far more detailed photos on a future trip. 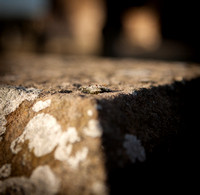